Get the Latest Version of WhatsApp

by Vincent
in How To
Reading Time: 3 mins read 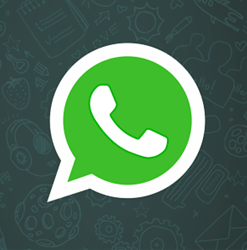 There is normally a conventional means of getting or updating an application. That’s going to the App store of your respective Operating System. iTunes  for iOS, BlackBerry World for BlackBerry OS, Windows Phone Store for Windows Phone OS, Firefox Marketplace for Firefox OS , TIZEN STORE for Tizen OS and Play Store for Android OS. Well, its simple and straight forward. For WhatsApp for Android and some other, they first release the application on their website and  then later on their respective app store.

WhatsApp for android normally comes with many features like voice calling and many other that other platforms do not have and getting these features first before anyone is something pleasing. Being the first in the Android jungle is also something out of this world. Recently when WhatsApp released their lollipop material design version, I managed to get it before most people around me and they were all perplexed. No black magic or anything unorthodox. Just go to http://www.whatsapp.com/android/current/WhatsApp.apk   and you will have the latest version of  WhatsApp for android on your phone or tablet. Note that the one you will get might not have even made it already to Google’s play store.

Other platforms are as follows if you want to get their latest versions ;

Android M and Devices that will Receive it