by Vincent
in How To
Reading Time: 2 mins read 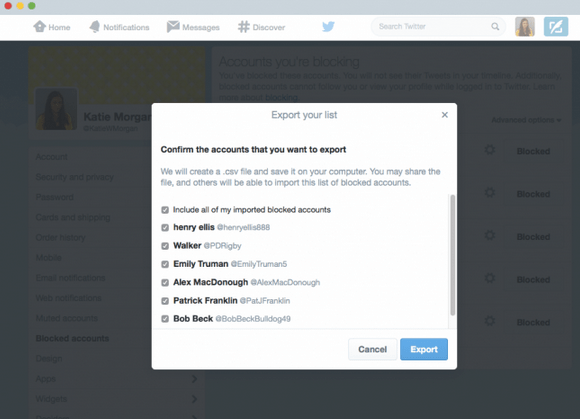 Twitter is a social media full of trolls and bullying. Its where people who have lots of free time go to flex their muscles on unsuspecting individuals. If you thought pissing many user by  making quotes  appear as links was enough (which i had a solution to it), twitter is today officially introducing a feature where you can view people blocked by someone meaning that the people you have blocked will be visible publicly.

Twitter says this is is a strategy to make twitter safer by blocking multiple accounts easily , fast and is community driven. Check it on their blog; source link below this blog post. That’s at least according to twitter’s engineer  Xiaoyun Zhang (@XiaoyunZhang1). Doing this is very simple. Go to ”blocked accounts settings, Click on the advanced options drop-down menu and select the action you want to take’‘ as twitter puts it. For now, it only available for selected users and will be
available to everyone in the coming weeks.
I really don’t think this is something that will enhance engagement or make twitter even safer. It will rather take trolls to the next level as blocked accounts will be visible to everyone increasing madness at the end of the day. Take my advice, go to this twitter blocking page and unblock everyone now. Be safe.
CHECK OUT  : WiFi Routers will charge your Smartphones in the Future
Source link
Tags: AndroidBlackberryFirefoxiOSWindows phone
ShareTweetSendShare
Previous Post

Moonraker, a Nokia Smart Watch that Never Came to be