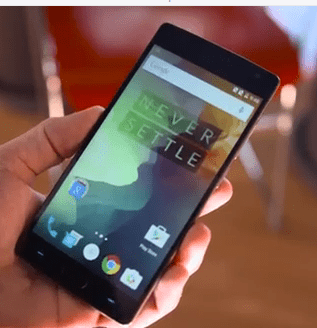 One plus 2 was finally released last week and i had to take time to carefully review and analyze this phone before having my final written review and thoughts about it. We all know One Plus gave teasers a few weeks before the actual date and then we expected much from the device at launch but it seems they only teased what the device came packing.

Ordinarily, the device intended to be a flagship killer as One plus wants it to be comes with a 5.5 inch 1080p  display with a resolution of 1920 by 1080 which they claim is better than last year’s model in terms of color accuracy. How true ?? The camera has its megapixel count remaining the same as last year’s at 13 and 5 front but this time round, it is laser assisted . A technology popularized by LG to improve focus time and accuracy. Good for One Plus. Optical Image Stabilization is also included.   The photos look like any other smartphone photo despite all these. Just average. You wont complain about it nor claim being the best.

Processor-wise, it comes packing a Snapdragon 810 which they claim doesn’t heat but it really gets worm to the touch just like any other smartphone when you use it for long. Just worm and not hot that will render the device not usable. This is normal.  I think the software in it was optimized better to work with it. Adreno 430 GPU offers better graphics to this guy and it does its job well. Truely tried and tested.   This device comes in 2 variants. One with 3 GB RAM and 16 GB ROM and the other with 4GB RAM with 64 GB ROM. 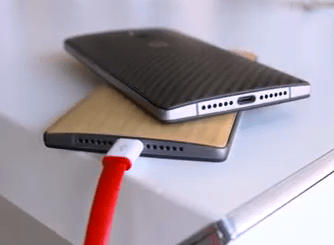 Notably, this is the first smart phone to come packing USB – C reversible connectors which you can check out this article for more information, 4 G LTE but with no support for Verizon bands, Dual SIM, Comes running Android 5.1 with Oxygen OS, Fingerprint reader which acts as a programmable home button and comes in sandstone black, wooden and many other options to choose from.

Price wise, the base model comes at $329 and the other beefier model is $379. You will still have to endure the rather awkward invite system if they ship to your country.

So is it a flag ship killer ? Notably it doesn’t have NFC, Wireless charging, Quick charging a 2 K display though they argue these features are not that important. They awkwardly say Android pay is will be a thing for next year making me wonder if the device is future proof despite having USB – C. Personally, i think it isn’t a flagship killer and for this reason, One plus has confirmed a new device for this coming December. Maybe that will be a flagship killer. Just maybe.