by Vincent
in Technology
2 min read

Facial recognition technology is a biometric technology that uses an individual’s unique facial features to uniquely identify an individual. For this to work, it needs one to have already set up their face and stored it in a database so that next time the user wants to be authenticated, their face is compared to the one that is already stored in the database.

Before it set foot on smartphones, this technology was used in high-security buildings and rooms like banks, research institutions and many more. Apple introduced this technology with the iPhone X and since then a few other manufacturers have joined the frenzy albeit with lesser super technology to Apple’s. Apple’s technology uses the true depth camera system using a combination of an Infrared camera, flood illuminator, and a dot projector to map out and create a mathematical model of the face of the user so they can uniquely identify the user. This works even when a user wears glasses, changes hairstyles or grows over time. They call it Face ID. The chances of someone using touch ID  to unlock a device is 1 in 50,000. For Face ID, it is 1 in a million. Apple touts it as more secure than touch ID. Google with its Google Pixel 4 uses a similar. Google calls it Face unlock and uses the same technology as Apple. It is worth noting that the two learn over time and store them in a secure encrypted location on your smartphone.

Some other smartphone manufacturers use a picture of a user they set up during the smartphone setup process to compare with it while unlocking. This isn’t secure as it might be fooled with a user’s picture to unlock the smartphone. The implementation form Apple and Google is quite expensive and requires more space at the top bezel of the smartphone. Other companies use an already existing front camera to store the user’s image which isn’t that secure.

Personally,  would love a fingerprint scanner under the smartphone display as it is more convenient and leaves space on top of a smartphone for more screen estate for content or apps.  Google Pixel 4 and iPhone X and subsequent models have a big bezel and a notch respectively to accommodate the hardware required for Facial recognition hardware technology.

How to make money from your phone; easy immediate ways and long-term 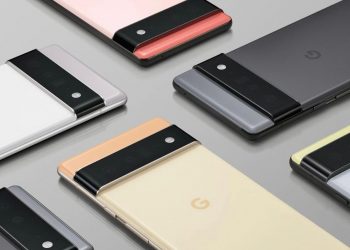