by Vincent
in Android
Reading Time: 2 mins read
If you are an android fan, you must be aware that Samsung today is announcing two beastly devices in terms of specifications. They are also the top most anticipated devices in 2015 from Samsung; a leading Android OEM. 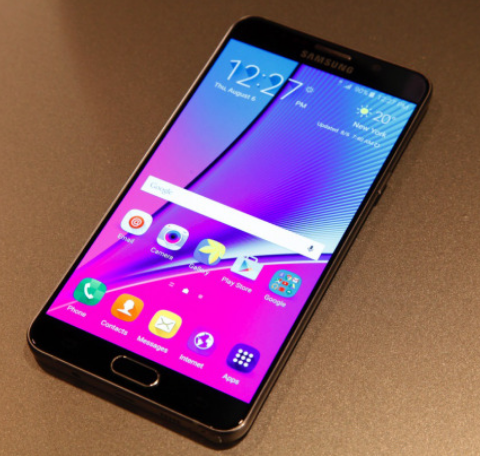 Both devices are essentially the same  except  Galaxy S6E+ having a curved edge and without the s-pen unlike the Note 5. The S pen on the Note is pushed in to pop out as it is aided by a spring unlike previous models where you had to use your finger nails to pull it out. Great improvement there.   The other  difference is the thickness and weight. Galaxy Note 5 is 7.6 millimeters  thick and weighs 171 grams while S6 Edge + is only 6.9 millimeters thick and weighs  153 grams.
The specs are generally as below:
-5.7-inch Quad HD super AMOLED display. 518 pixels per inch
-Exnyos 7420 processor, a 64-bit octa-core chipset
-16-megapixel rear-facing camera with OIS  ( Optical Image Stabilization)
5-megapixel front-facing camera
-4GB of RAM with an option of 32 GB or 64 GB internal memory.
-3,000mAh battery . Quick charging and wireless charging included.
-Wi-Fi 802.11 a/b/g/n/ac.
-Bluetooth v4.2m
-NFC and USB 2.0
As you have noted, there is no USB-C unlike the One Plus 2. Probably Samsung didn’t want to gamble with something that isn’t so clear the way it did with Note 3 by including USB 3.0 but ended up dropping it in later devices when they realized it didn’t offer genuine improvement from 2.0. USB 2.0 is still the best anyway. It will however be interesting to see how this device plays out considering that there is a offering from Merola; Moto X.
It’s pricing and availability in Kenya isn’t yet known but we expect Samsung East Africa to bring it sooner as they have done it before with  other devices.
Tags: AndroidSamsung
ShareTweetSendShare
Previous Post